As you can see the event was successfully deleted. There's nothing here.. 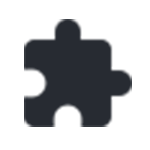 Vaanija is an event with a strong emphasis on immersion, following the setting and lore of the video game series Stalker.

The event takes place in the Chernobyl Exclusion Zone in the year 2011. After the second Chernobyl incident, the laws of physics have begun to bend and completely shatter at places, and dangerous mutants roam the Zone. In the event, players assume the roles of various people wandering in the desolate Zone, in which each step may be the last.

Vaanija has a multitude of special rules, so make sure you read the event's website carefully.
The event has its own Discord server for the purposes of news, discussion, and updates.

Signing up for the event will happen in phases:

The final faction sizes will be as follows:

The participation fee for the event is 40 euros, which is to be paid in advance before the event, at the latest two weeks after signing up.

This event has already ended.